Meet the 2021 Bridge the Gap Producers 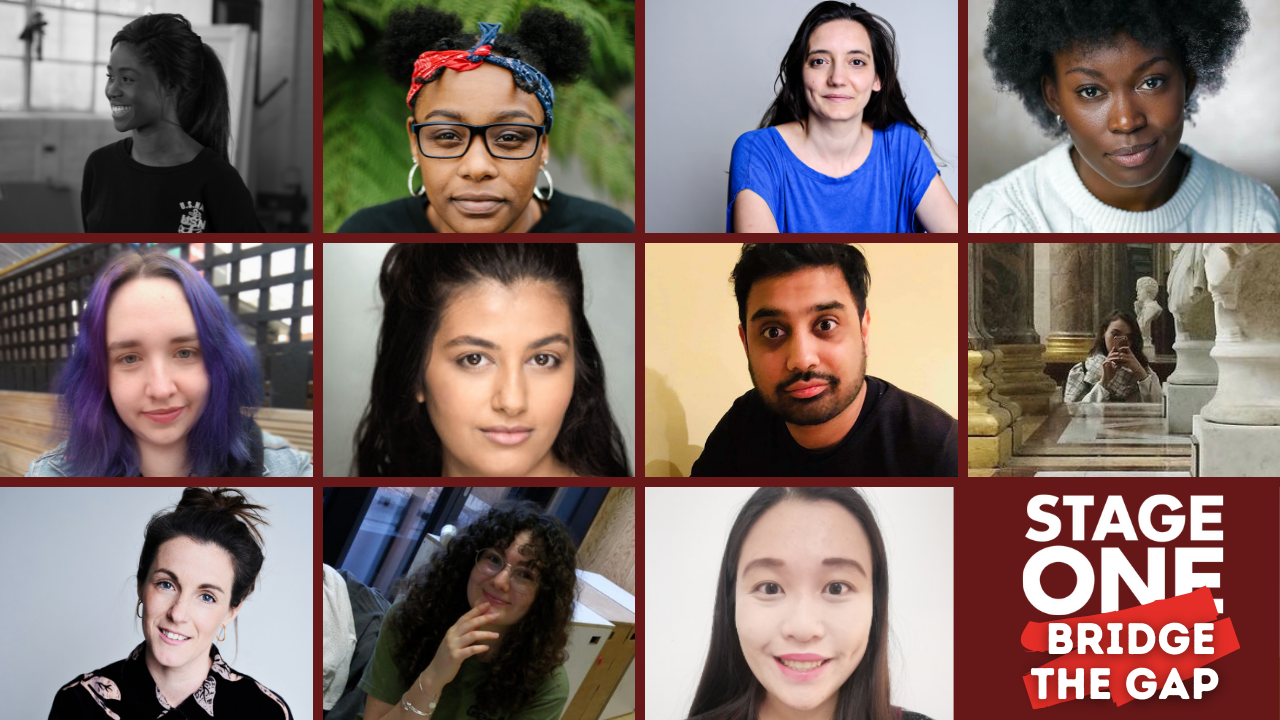 After receiving just under 100 applications, we are delighted to introduce you to our 2021/22 Bridge the Gap Producers.

You may have spotted that there are 11 producers on the cohort this year! This is because Basheba Baptiste will be participating in the programme alongside her Stage One Trainee Producer Placement with Talawa Theatre Company which she started in Spring.

Read more about each producer below:

Adeyinka is an independent Theatre and Film Producer based in Luton. She has also produced theatre shows alongside her production company, The Basement Bunch. Her career credits include Assistant Producer at Full House Theatre, Festival Director of The British Urban Film Festival and Trustee at Tangled Feet Theatre.

Bashiie is a Multi-creative producer, a term she uses to sum up her multiple creative hats. Bashiie has worked with theatres, venues and creative spaces and government run organisations across London and the wider UK including: The Bush Theatre, The Lyric Hammersmith, The Tom Thumb Theatre and the Young Vic.

Beccy is an actor and producer based in Nottingham, part of The Party Somewhere Else Collective and producer for Katie Arnstein's It's A Girl! trilogy.

Miranda is a theatre producer and venue manager based in Sheffield. She produces work for Tim Norwood, and focuses on new writing and queer voices.

Sarah Jordan Verghese is a London based, South Asian Producer. Sarah is currently the Assistant Producer at Arch 468, the Communication and Marketing Associate at Nouveau Riché and finishing her Masters in Creative Producing at Mountview.

Jafar is a Cardiff-based freelance creative, most notably a critical commentator and theatre reviewer for publications such as The Stage. He recently started his career as a producer while on a two-way training programme with Nova Theatre.

Samia Djilli is a British-Algerian theatre producer and trained writer. She has worked for Arts organisations including Kali Theatre, London Playwrights Blog and is currently Tamasha Theatre Company's Assistant Producer. With her company Lemon House Theatre, she co-produced her play Different Sand at The Bunker Theatre in 2019, which was the first all-female Algerian production in the UK.

Zoe Gibbons (she/her) is an emerging producer originally from the West Midlands living in London. She produces work independently as well as with her theatre company Second Circle Theatre (Pleasance, Bunker Theatre, Cambridge Junction and Theatre Deli). She aims to elevate womxn's voices producing new writing which is both healing and provokes positive social change.

Matilda Wilde is an emerging creative producer based in London and the North-West. She's currently a Producer on the YEP Program at the Liverpool Everyman and Playhouse, and on the Shrill Voices Writing Residency developing her play, 'I Love You, But F*ck Off'.

Natalie is an arts fundraiser and producer from Hong Kong. Currently as General Manager for Creative Youth, she has won the Arts Fundraising and Philanthropy’s Giving Tuesday Competition for the charity. She is the Associate Producer for The Bread and Roses Theatre. www.nataliechanproducing.com @NatalieNat_Chan