This week we've interviewed Jess Donn, the current trainee producer at Mercury Theatre Colchester as part of the Stage One Placement Scheme. Read to find out more about Jess and their experience on the scheme...

I am a producer and theatre-maker from Manchester, currently working at Mercury Theatre Colchester as part of Stage One’s Regional Producer Placement for 2020-21. I have experience in producing for black box spaces and touring to festivals, with this placement being my first foray into venue producing.

As a theatre-maker, I hope to make work that is genuine - although recognise navigating that question in the world of theatre in and of itself can be tricky. I enjoy working with multimedia - particularly projection - and mixing verbatim and devised techniques.
I have an academic background in Computer Science, with a MSc in Human Computer Interaction, specialising in looking at the performative aspects of technology and location-based media and how we can integrate these into live performance. More from Jess: https://jessdonn.com

What drew you to becoming a producer? What elements of the role do you like the most?

I always wanted to tell stories in some capacity, and so I think I’ve been producing for years without knowing that was the vocabulary for it. It just took me a while to find theatre as a medium! I started out my theatre journey working in technical/stage management department and slowly transitioned over to producing as I found the space to champion new work and diverse voices there. Also, I’ve always been the type of person who likes having multiple projects on the go, and gets restless doing the same thing day in and day out, so working in a job that allows so much variety really drew me to the role.

Why did you apply for the placement scheme in the first place?

I was lucky enough to start my producing journey at The Nottingham New Theatre, which is the only entirely student run venue in England, so I already had had a taste of producing shows in a venue, as well as running the In-House Season there. Having spent some time producing on the festival circuit, I was keen to go and continue developing skills in an established venue, so the Stage One Regional Placement felt like a wonderful next step for me.

Can you give us a bit of insight into your role at Mercury Theatre? What is a day in the life of Jess the producer?

My role at Mercury is designed to support the Production team, but I also spend a lot of time assisting the Marketing team and the Creative Engagement team – especially focussing on Talent. The role has changed drastically since starting, as when I joined the team the country was in lockdown and Mercury Theatre was putting the finishing touches on a 2-year capital redevelopment project.  Now that our building is fully open and shows are on, it has been amazing to see a venue come back to life after the pandemic. A typical day could include:

Meeting and greeting artists doing an R&D in our space

Writing and sending Deal Memos for the next brochure

What is your definition of 'commercial theatre'?

I actually think ‘commercial theatre’ is somewhat of a misnomer, as all theatre, whether it labels itself that way or not, is commercial, otherwise the industry as a whole just wouldn’t survive. Even venues we consider ‘fringe’ have to operate commercially at some level, and that’s not a bad thing at all. I think sometimes commercial theatre gets a bit of a bad rep, when in actuality it’s all about the balance of supporting artists whilst ensuring we maintain profit. I also think we can define commercial theatre by looking at the wrap around events and add-ons that we can offer to the theatrical experience. But at the end of the day, we all live and die by our audience’s support, and so we are all aiming for that sell out show.

What are some of the positives about producing in a venue as opposed to producing independently? Is it very different?

The main positive is that working in a venue gives you a built-in team, and what a team the Mercury is! Producing independently can often feel like you are manning an entire ship on your own, but the joy of working in a venue, especially one with a brand-new open plan office, is being able to turn to the bank of desks next to, or behind, or in front of you, and grab support from wherever you need. It’s also amazing to feel like you are inviting people into your space, rather than always searching for a home, which is something I struggled with when working as an independent producer. In terms of the job itself, all of the processes are the same, and producing in a venue teaches you the value of checking in with different departments across your production.

What should we book tickets for in the upcoming season?

We have some awesome shows coming up at the Mercury, but I’m particularly exciting for all of the work we have in the Studio. It’s the first time since before the redevelopment that Mercury have been able to use the Studio as a programmed theatre space, and we have really gone to town to fill it with the best of the best. We’re supporting artists and new work made locally in the East of England, bringing in touring shows from award winning companies such as Chalk Line and LUNG Theatre, as well as producing our first Mercury Original Sirens by Kenny Emson in this space. We are currently looking for fabulous work to put into the Studio for next season, so coming to see what we have on this time around will be a great way of making yourself familiar with the space and our building. 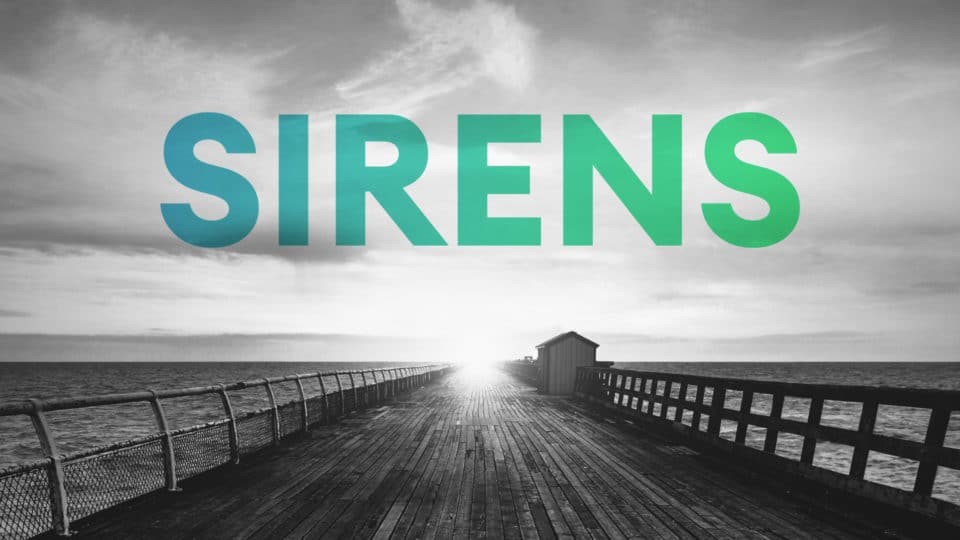 Rory and Gemma break in to the Mersea Island RNLI station on Halloween in 1987. He wants to run away to London. She wants him to notice that’s she’s not drinking. Over the course of the next thirty-four years the consequences of that night will tear their lives apart.

This is our inaugural Mercury Original – productions mounted in our Studio space focused on telling stories about the East written by voices from the East.